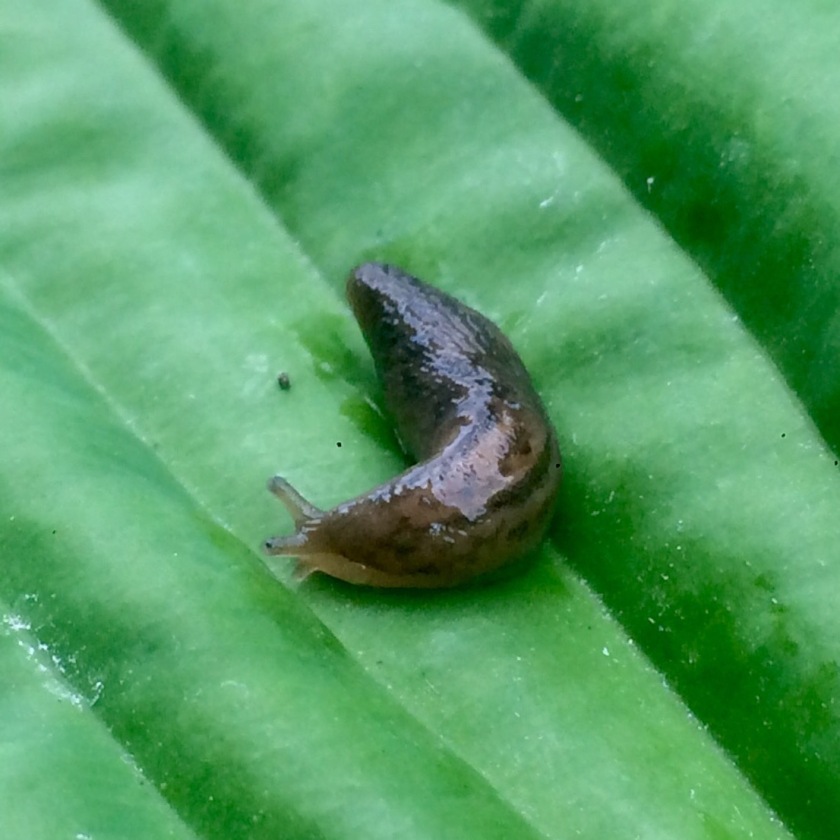 For centuries gardeners have been engaged in battle against their nemesis – slugs.

Nothing strikes fear into my heart quite like the thought of those slimy gastropods destroying months of my hard work. I have tried every technique I can to get the better of them from eggshells and copper tape, to wool and coffee, yet nothing seems to work. My current favourite weapon of choice is nematodes. I must confess though; all too often they breach my defences and end up making off with a large portion of my crop.

Slugs have also been starring in the news, with reports of invasions of hordes of huge Spanish slugs which grow up to 10 inches long. I’ve never seen a slug that big, but if I did, I would probably run a mile. Only recently it was reported that the mild winter meant that slugs had not gone into hibernation. An army of sleepless slugs have been busy reproducing and reinforcing their numbers. Battalions of these marauders are now waiting in the borders, poised to pounce on any unwitting plants. I am starting to think that rather than trying to beat them, perhaps I should try to appreciate them, and accept I’m going to have to share my Eden, with them as my neighbours.

The UK is home to around 30 different species of slugs and the average sized garden has around 25,000 slugs patrolling its borders. Approximately 95% of spend most of their time under the soil and those that we see are only the top of the food chain. While it would seem to me that my plants are top of a slugs favourite dishes, their diet consists mostly of decomposing matter, making them some of natures most important recyclers. Some are even known to be carnivorous, disposing of the odd decomposing body, even if it is another slug. They form the 2nd largest class in the animal kingdom, only coming runner-up to the insects (who are clearly the dominant force on the planet.) Some slugs can live up to 6 years, have around 27,000 teeth (even more than a shark) and even use the whole of their body to smell out potential targets. They are hermaphroditic (with both female and male reproductive organs) so can even give birth without copulation.

Against such a perfectly evolved predator of plants, why am I even trying to beat them? These creatures are preyed upon by virtually every every major vertebrate group, with reptiles, birds, mammals, amphibians and fish all enjoying their fair share of the feast. Whilst I am not a massive fan of seeing slugs on my Hostas, I am a massive fan of having frogs, hedgehogs and blackbirds in my garden. So therefore, by extension I must also love slugs too! Who would have thought it?

I grow plants View all posts by jlrobbins

4 thoughts on “Learning to love my enemies”